What happens to my VoIP system if I move offices? 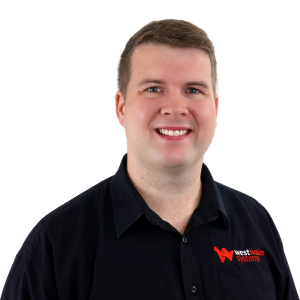 The last couple of months have been our busiest ever!

Since my last post, we’ve welcomed an unprecedented number of new customers to our telephony network – including one in Melbourne, Australia! (that was a great project – but, sadly, one without an all-expenses-paid trip!). It’s fair to say that things have been pretty hectic here and we’ve had to put in the overtime to make sure that we cover every base. It’s been great, and things do look set to continue.

In May, we started to realise that we were outgrowing our existing office space in Haverfordwest so it was time to start looking for somewhere bigger and with a bit more breathing space. After weighing up all the options, we settled on a move to the Bridge Innovation Centre in Pembroke Dock, which is in the heart of Pembrokeshire Science & Technology Park – perfect for our line of work. Now, if you’ve ever moved offices before, you’ll probably know quite well that it is one of the most challenging and potentially disruptive things to do – especially at a busy time. This is especially the case for us, as we provide critical communications services to businesses across Pembrokeshire and Carmarthenshire, so being uncontactable for any period of time is not an option!

It’s fair to say that we spent a fair deal of time worrying about moving furniture, computers, the office kettle (crucial to get this part right) – but as I reflect on how we transitioned our own communications from site to site, I realise that we actually didn’t think about it at all. This may sound strange coming from a Telecommunications company, but hear me out.

On moving day, we decided to take half of the office at a time, which meant that there would always be somebody to deal with calls and any support queries that came in. On arrival at the Innovation Centre, we set up some desks, computers and the aforementioned kettle and simply plugged our VoIP desk phones into the network (we use Snom D345s here). After a few moments, the phones started up and we were up & running, just as we had been earlier that day. All of our phones have kept the same extension numbers, the same direct lines and there was absolutely no downtime whatsoever. We haven’t even had to change our phone number, despite moving from an 01437 area to an 01646 one.

If you’re thinking of moving premises, how would you keep the calls coming in? Would you have to change your phone number, and hope that customers were keen enough to check your website for the new number? Would you need to move a physical, on-premises phone system and the associated wiring? Would it take days or even weeks to get the phones back on?

We are so used to enjoying the benefits of our cloud phone system that we didn’t even consider how we were going to move it 11 miles away. It just happened, without fuss and without any inconvenience to our customers.

If you’d like to chat about an upcoming office move, or if you’re looking at changing phone systems for any other reason, give us a call – we’re on the same number as ever, 01437 700701.

PrevPrevious resourceANPR: Why would I need Numberplate Recognition?
Next resourceCall Recording rules in 2018Next